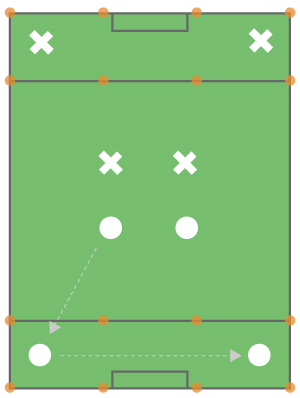 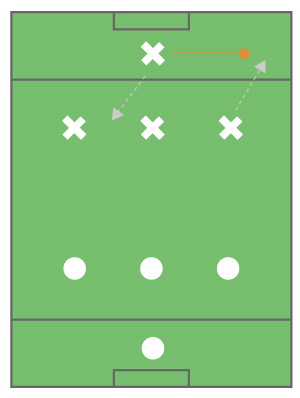 PURPOSE: Stop players from bunching up, teaches pass and move, forces players to watch more than one teammate at once 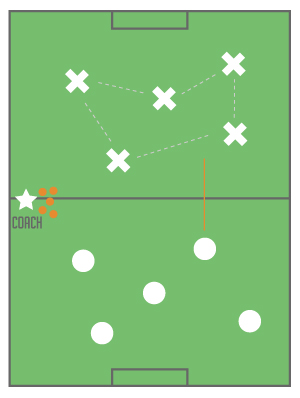 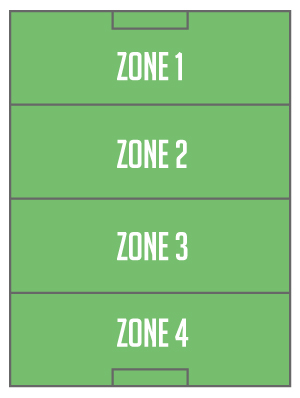