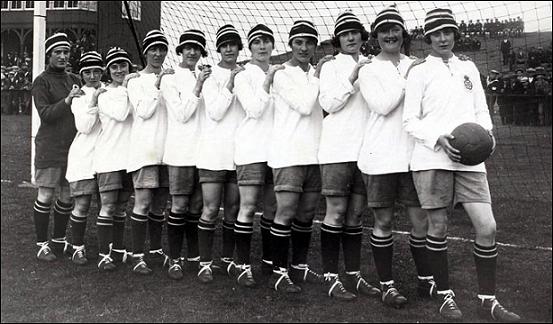 In honor of Women’s History Month we’d like to turn our attention to the women who have made an impact on the sport of soccer, as well as players that have made a difference outside of the sport.

One of the earliest and most famous women’s soccer teams was the Dick, Kerr Ladies FC. They were quite an attraction when they traveled around the world competing against male and female teams. Alice Woods-Stanley was one of the star players that got even greater notoriety later in life when she was the centerpiece of documentaries covering the Dick, Kerr team. Her participation in the sport and involvement later in life has helped to show the importance of women in sports.

The Feminine Mystique was one of the most influential books of the 20th century. The woman who wrote it, Betty Friedan, is credited with getting second-wave feminism off the ground. As a goalie for the girl’s junior class team at Smith College in 1940 she probably used her experiences playing against male faculty members as inspiration.

The ladies that made up the 1999 Women’s U.S. soccer team helped to forever change the trajectory of the sport in our country. Mia Hamm, Brandi Chastain and Kristine Lilly became well-known, respected sports figures in the wake of the win. The effect of their winning the cup, the attention it gained and the national pride it created led to the formation of the Women’s United Soccer Association. This was the first wholly professional women’s soccer league and a huge stepping-stone for the sport.

Mia Hamm may have become a household name because of her soccer skills and records that have yet to be broken, but it surely won’t be her only mark on history. Today Mia is an active philanthropist and has even started her own charity the Mia Hamm Foundation, which is helping the save the lives of people in need of bone marrow transplants.

While Mrs. Clinton may not have played soccer she did enlist the help of former U.S. national team player Linda Hamilton for the Women’s World Cup Initiative. The program was started in 2011 to help girls of all income levels from around the world learn about leadership and teamwork. The initiative also serves as a diplomacy tool to help harbor good will within the younger generations. Linda has traveled around the world on state-sponsored soccer training trips to help solidify the initiative.

As women become more involved in soccer on all levels there are sure to be many more that make history both on and off the field. 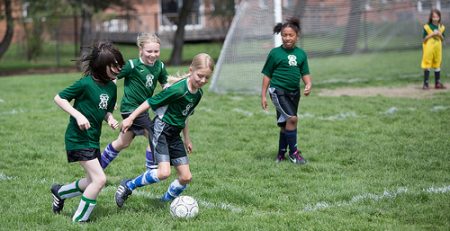 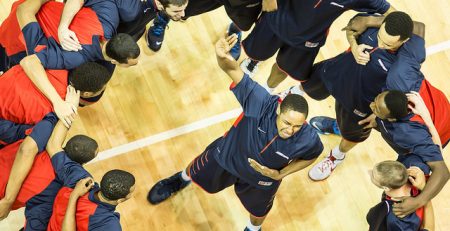 Now that April has begun, March Madness is in full swing!... read more